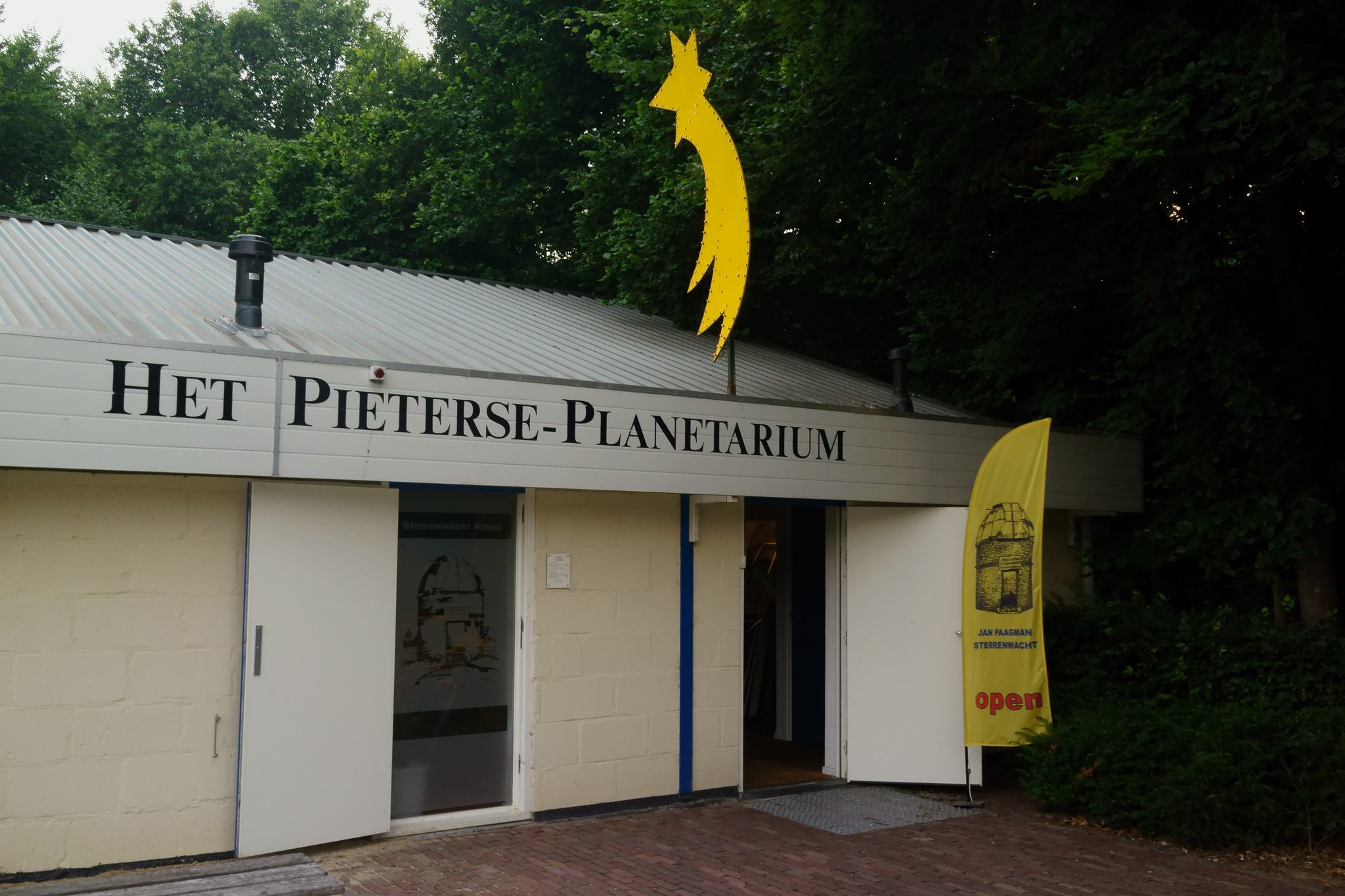 The history of the planetarium

Driven by the wonder of the night sky, since ancient times man has attempted to simulate the movement of heavenly bodies by building planetaria. One of the oldest mechanical planetaria to be found in the Netherlands is that built by the amateur, Eise Eisinga of Franeker, in 1782. 1923 saw the opening of the first modern electric planetarium in the Deutsches Museum in Munich. In 1934 an identical model was placed in the offices of the newspaper, The Haagsche Courant, in the Hague. Unfortunately this was destroyed by fire in 1976.

This was the planetarium which was visited by a group of students from a school in Haarlem, the Triniteitslyceum. On one of the boys, Ge Pieterse, the demonstration made an enormous impression. There and then he decided to build a planetarium himself. At home, in the attic, he built a dome and made a projector capable of showing not only the sun, moon and planets, but at least 5,155 stars.

On March 2th 1940 the planetarium, housed in the school building, was officially opened. In 1957 it was moved to Vlissingen, where it was initially to be found in the Don Bosco House and later in the De Ruyter Naval Academy. Sadly, in 1979, the Academy decided that they could no longer use it as a teaching aid. Pieterse's widow made contact with the National Carillon Museum in Asten, who succeeded in restoring it. It now forms an interesting and popular addition to the museum's astronomical department. The opening in Asten took place on May 26th 1989.

An Excursion through the stars is an unforgetable experience! 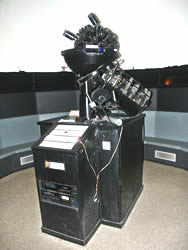 Sitting comfortably in this little planetarium, you see how the dome gradually transforms into a wide, star filled sky. The constellations, such as the Great Bear, revolving round the pole star, are easily recognisable. Because 24 hours are compressed into 3 minutes, day and night alternate with great rapidity. Due to this speeded up movement we can see, for example, how the sun rises and sets at a different point on the horizon each day. We can also see the position of the stars by day and in which constellation the sun stands. These are just two examples of the many possibilities.

In the planetarium we can see three of the nine planets, Mercury, Venus and Mars. Because their movements are so slow, in normal conditions they can only be perceived by experienced observers. In the Planetarium however, the increased speed of the astronomical orbits make it possible for everyone to appreciate their motion. Thus it is easy to see that they revolve round the sun, that is they overtake the sun and in turn are overtaken by the sun. Finally the phases of the moon can be seen. A sickle moon close to the sun, a half moon that rises when the sun is in the south , a full moon opposite the sun and so forth.

As a summmary of what there is to experience we cannot do better than to quote the words of Ge Pieterse himself.

In 1939 he wrote:
"I can give no better impression than to describe a demonstration. Evening is closing in, the last light of the setting sun can be clearly seen in the west. The brightest stars begin to appear. The sun sinks below the horizon, in the eastern sky more and more stars become visible. No one speaks; there is a breathless silence, broken only by the haunting music of an unseen orchestra. The night deepens, some visitors have already recognized the seven bright stars of the Great Bear, this constellation is to be found above the northern horizon and other visiters search for other familiar constellations."