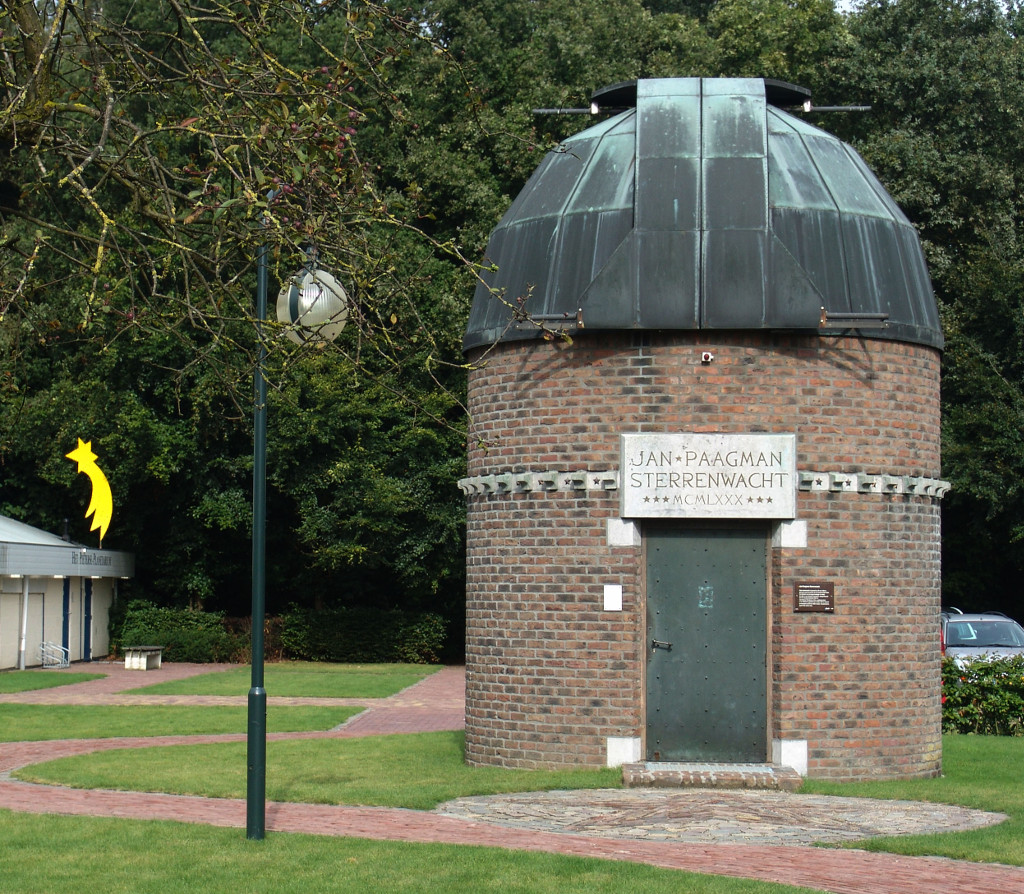 The observatory is named after the builder of the first used telescope. It was the result of a private initiative, with the support of the National Carillon Museum.

The Jan Paagman Observatory nowadays uses a 35 cm Celestron mirror telescope, from the Schmidt-Cassegrain brand.
The telescope in the observatory's dome has a focal length of 390 cm on a German mounting type FM98. The telescope is fully computer controlled, making possible to not only view the nightly sky, but also observe different objects during day time. 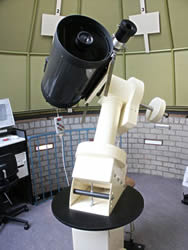 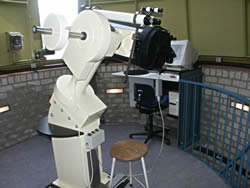 The telescope can be used in two ways:

1. With the help of an ocular the moon, a planet, a star cluster or nebular can be observed.This is the method most commonly used on open evenings. It gives a sense of direct contact with the object under observation and enables a rapid change to another object. With this method on an open evening the visitor can discover relatively small details on the moon, even those as small as 1km in diameter. He can also discover the polar caps on Mars, even a whole map of Jupiter his bands are also to be seen, but for many visitors Saturn with its rings is the high point of the evening.

2. The telescope can also be used to make astronomical photographs. This has the great advantage that, unlike the eye, film can save light so that by sufficiently long exposure details can be seen which would be lost to the human eye.Obviously the photographic facilities are intended for the real amateur astronomer who is prepared to spend long evenings and nights with his camera and telescope to record the heavenly phenomena.